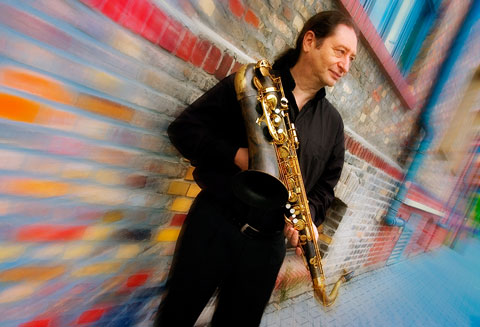 One takes well-known standards, reharmonise them, add modern grooves, create area for inspired improvisations and mix this all together with four mad musicians. Enable everything to become interactive – and – the hip will swing.

It´s difficult to nail HIP down. It cares for definitions as little as it cares for daylight. HIP can´t be learnt.

It doesn´t shrink for words and manifestos and has no recruiting slogan developed, because it does not recruit. The Hipster always assumes that the membership list is already full, even if it is a one-man club.

HIP is a dubious state of enlightment.

HIP lives in the ascending smoke of a cigarette that is parked under the Bb-key of a Selmer Mark VI during the saxophone solos, it´s a finger-snap riding on the off-beats as well as a clapping (only) in triplets. Its`presence can be suspected in the inclination of a hat or in the casual wave of a departing hand. HIP has good eyes and ears, an even better instinct, but doesn´t care much for words. It communicates with itself. HIP has brought more sunglasses to man than every other philosophy in history, but fewer manuals and no slippers.
(Quelle: The Hip von R.Carr/B.Case/F.Dellar)